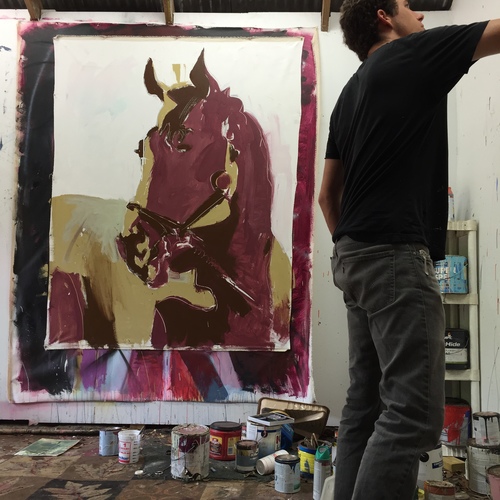 Trey Bryan is an artist and illustrator living in New Orleans where he paints large scale paintings for galleries and exhibitions.

He has published several books of his drawings, including a collection of his work from his tenure as Artist-in-Residence at the historic Hotel Phillips in Kansas City, Mo.

Bryan received a BFA in Illustration from Ringling College of Art and Design in 2009 as well as a member of the Society of Illustrators in New York City. Shortly after graduating, he moved to Kansas City where he began an apprenticeship with Mark English, an American illustrator and painter. His drawings and paintings during his time in Kansas City included collaborations with The Kansas City Symphony, The Kansas City Chiefs, and The Lyric Opera.

While he has a home base in Florida, Bryan spends much of his time traveling in the direction of his latest commission, working with Themeparks and museums, and filling one sketchbook after another with his writing and drawing.